On Thursday, October 11, I had the opportunity to be with the Latin II students at The Master's Study in Indianapolis.  Rather than presenting a persona, I arrived in tunica, braccae, and caligae and described each piece of armor, putting it on as I did so.  After becoming fully dressed as a centurion, I removed the armor so the students could try it on.  They were amazed at how much the lorica hamata weighs!

The students then had the opportunity to try out the foam reproduction swords.  This is always great fun!

When we returned to their classroom, they asked many good questions about battle formations and other aspects of Roman culture.

Special thanks to Latin teacher Melissa Perkins and Head of School Cindy Brumbarger for their warm hospitality!

To see the full album of pictures from this event, friend Steve Perkins (Roman Personas) on Facebook 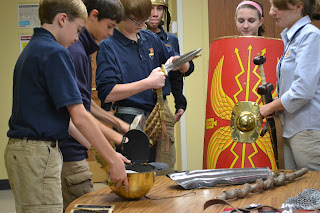 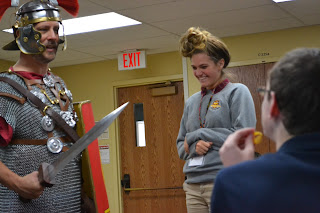 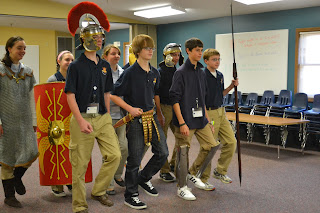 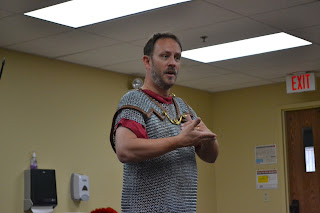 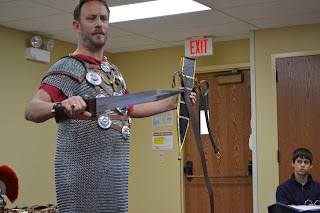 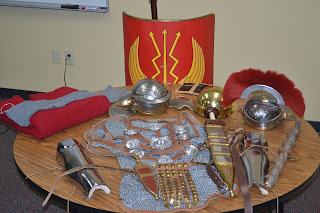 Posted by Magister Christianus at 11:18 AM No comments: